The Wonderful Story of Zeke The Wonderdog 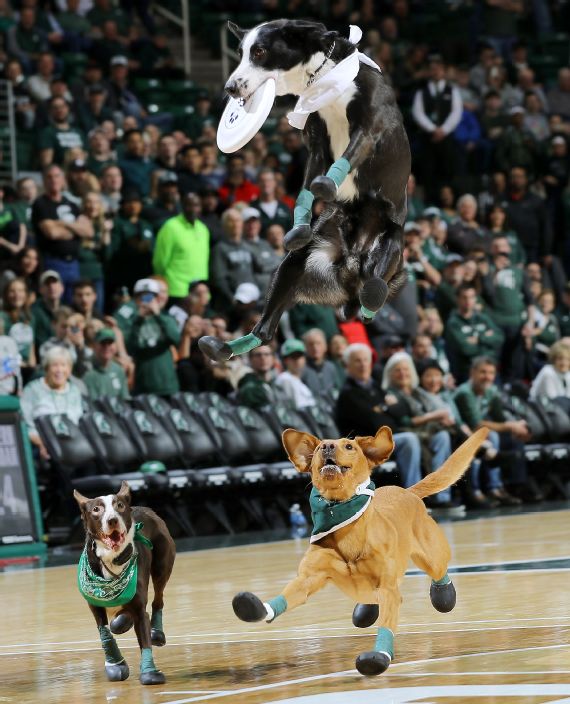 Zeke the Wonder Dog is a unique feature to our football games here at MSU. From Frisbee Dog Halftime entertainment and between plays, with the Spartan Marching Band and Sparty.
However, while the band and Sparty can trace their beginnings back to our earlier years as a university, Zeke is a fairly new tradition with a significant gap in his history.

The original Zeke the Wonder Dog (the only one to actually be named Zeke) was a Yellow Lab who belonged to an MSU student in the late 1970s. When Gary Eisenberg was a sophomore here, he competed with his dog in several Frisbee competitions, eventually being named runner-up in the world championship. When MSU got wind of the dog’s fame, they asked Gary and Zeke to perform at a home game and their fate was sealed. Gary and Zeke would continue to be a part of MSU football until 1984, when Zeke retired because of ill health.

Football coach Darryl Rogers once stated that Zeke was the “best receiver in the Big Ten." He also awarded Zeke with a varsity letter, making him the only nonhuman to receive such honors at MSU.
However, after the first Zeke died, no one bothered to replace him. It was seen as a one-off thing.
That was, until 2001, when a search began to find a new Zeke. The winner was Dexter, a black lab belonging to Jim and Terri Foley. Zeke II would reign supreme from 2001 until 2007, though he had a few health scares (including hospitalization after eating carpet) along the way.
By 2006, it was becoming clear that Zeke II wasn’t as agile as he used to be. He was developing cataracts in his eyes, which caused him to miss the Frisbee more often. Zeke II had his last performance midway through the 2007 season, doing a routine while the band played a “Zeke the Wonder Dog" medley including “Who Let the Dogs Out?"
However, the Foleys had already begun training a new Zeke from puppyhood to take the cape (or whatever you want to call their little outfits). Zeke III (also known as “BooCoo") debuted the following weekend and is the current Wonder Dog we all know and love. Zeke II passed on in 2012.

MSU's Zeke the Wonderdog: A tradition for more than 45 years 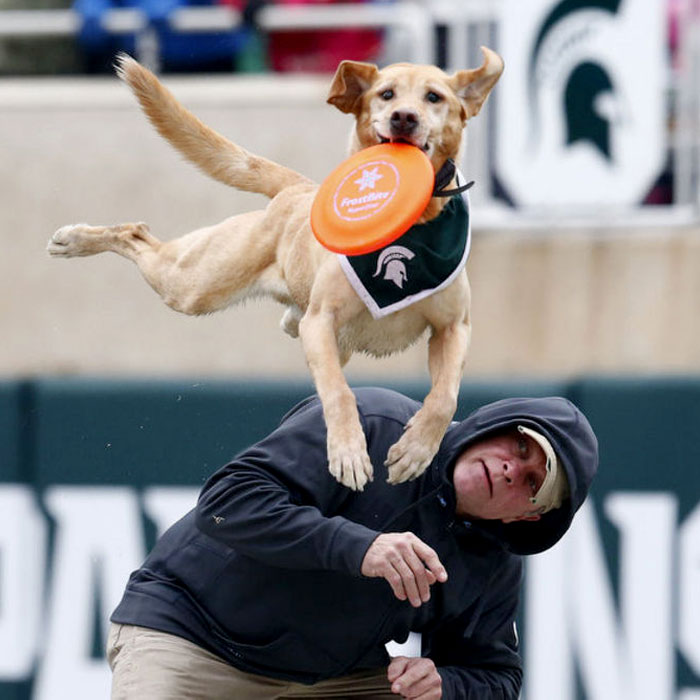 How Zeke the Wonderdog became a Michigan State tradition 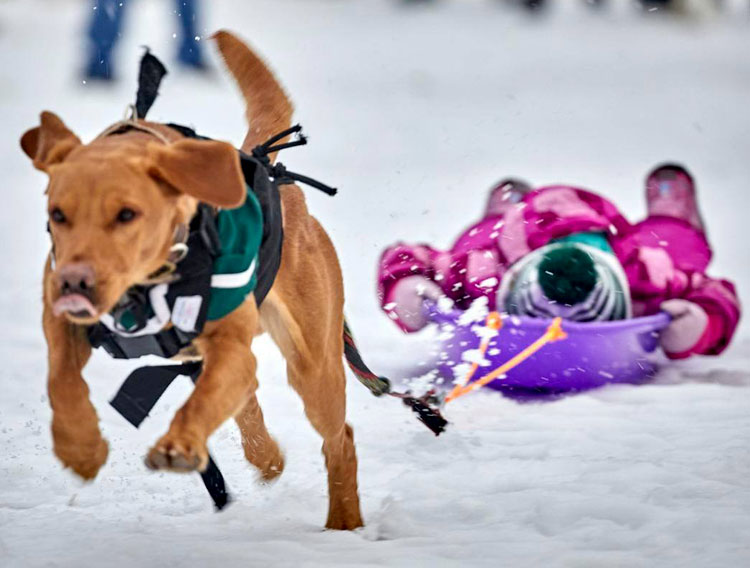 As for the original Zeke owner, Gary Eisenberg? He has become good friends with the Foleys and helped to train both dogs. In an interview with the Alumni Association, he stated that, though busy, he still tries to make it to a few games a year. “I come to all the Homecoming games," he said to them. “It’s amazing. I’ll keep coming until I’m a creaky old guy, like the guy that comes out in the raccoon coat. It’s just a great tradition."

And that mystery (the raccoon coat guy) is one that has always left me perplexed.

Click the image below to read about Zeke's story! 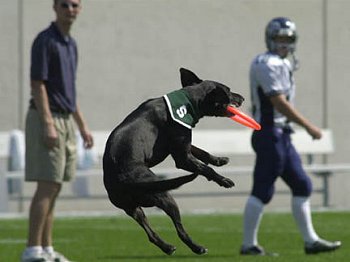